Pandemics and Interest Rates – What Next?

Pandemics and Interest Rates – What Next? Governments have initially responded to the Coronavirus pandemic by slashing interest rates and increasing fiscal support. While it is easy to think increased levels of fiscal spending could increase inflationary pressures, and therefore interest rates going forward, looking at the history of pandemics and interest rates suggests otherwise. Three academics at University of California Davis one of whom is a Federal Reserve Bank of San Francisco member have issued a paper on the Longer-Run Economic Consequences of Pandemics. Its authors argue investment demand is likely to wane as labour scarcity in the economy suppresses the need for high investment. They suggest a bigger glut in savings to come which for those looking for yield is a frightening prospect in a pre-pandemic world already suffering from demand deficiency. The paper looks at how major pandemics affect economic activity in the medium to longer-term. Oscar Jorda is attached both to the Federal Reserve Bank of San Francisco and the University of California Davis with the other co-authors Sanjay Singh and Alan Taylor also attached to Davis. The views expressed are those of the authors, rather than the Federal Reserve Bank.

As pandemics are rare events, the authors have looked at historical evidence over many centuries using data sets stretching back to the 14th Century which focus on 15 major pandemics when more than 100,000 people died. They have also looked at major armed conflicts which resulted in a similarly large death toll. They found that significant macroeconomic after-effects of the pandemics persist for about 40 years with real rates of return substantially depressed (excess of savings). Wars in fact have the opposite effect. Pandemics have induced labour scarcity and/or shifted the population to greater precautionary savings.

The most devastating pandemic of the last millennium was the Black Death (1347-1352) resulting in economists and historians still debating its role in economic, social and political change in Europe. The resultant Peasant Rebellion in England (1381) resulted in labour seeing a roughly 100% increase in real wages. In large scale pandemics the effects are seen across whole economies or wider regions, either because the infection is widespread, or importantly today because trade and market integration in capital and/or labour markets means the economic shock is spread across the world. The authors’ comment that the work by Ferguson et al. at Imperial College place COVID-19 as the most serious episode since the 1918 Spanish Flu pandemic. There are estimates that even with suppression strategies death toll in the UK could hit 50,000 and around 220,000 in the US. This would mark COVID-19 as the second most devastating event of the past 100 years.

The authors have looked to estimate the natural rate of interest after a pandemic shock. The natural rate of interest is the level of real returns on safe assets which it equilibrates savings supply and investment demand, or keeping prices stable in an economy. Work suggests that the natural rate will see downward pressures as investment demand is likely to wane and savers may react to the shock with increased savings, either as precautionary moves, or to replace wealth lost.

Perhaps surprisingly there are records compiled by Schmelzing showing historical interest rates dating back from 1314 (prior to the Black Death) to modern times. The natural rate of interest has shown a secular decline over the span of centuries, from about 10% in Medieval times to 5% at the start of the Industrial Revolution and nowadays hovering nearer 0%. Volatility of interest rates in the shorter term have declined as in today’s world there are less wild fluctuations in harvests, serious armed conflict or other short-term factors. In other words, volatility of GDP growth has fallen. The authors believe that following a pandemic the natural rate of interest declines for decades thereafter, reaching its nadir about 20 years later with the natural rate about 150bp lower had the pandemic not taken place. They estimate it takes around 40 years for the natural interest rate to return to the level it would have been at had the pandemic not taken place. This reduction in rates is even more persistent than caused by Financial Crisis induced recessions.

Pandemics have also resulted in a rise in real wages (perhaps because the lack of a service economy (in historic periods analysed) where job losses may persist) and lower returns to capital. Wars on the other hand have tended to be inflationary and left real rates higher. The authors argue if the trends play out similarly in the wake of COVID-19 the global economic trajectory will be very different than was expected only a few weeks ago. Low real interest rates, if sustained for decades, will provide welcome fiscal space for governments to mitigate the consequences of the pandemic. There are other important implications for investors too, especially when considering, for example, growth stocks versus value investment strategies.

This paper by academics at Davis argue that pandemics produce structural forces lowering the path of interest rates. This is now occurring at a time when there are secular disinflationary forces in the global economy. The recession following the GFC was not a severe form of a standard business cycle recession which resulted from an inflationary boom, but rather a financially driven or balance sheet recession. As pointed out a number of times before, recoveries from this type of recession are typically slow, hesitant and more drawn out, typically taking many years, even up to a decade before economic growth normalises. 2017 saw a brief upswing in synchronised global economic activity, but interest rate rises in the States saw a peak in the Fed funds rate of 2.50% and this monetary tightening resulted in an economic slowdown in 2018. Thus, at the peak of the last economic cycle, both interest rates and inflation were significantly below that recorded in previous cyclical peaks. The factors behind this are what we have referred to as ‘Living in a 3D World’. This refers to debt, demographics and devices, the combination of which through both demand and supply side effects imparted a secular deflationary force on global economies. Even during an economic upswing, these powerful secular forces acted as underlying constraints on both growth and inflation.

The GFC was an outcome of the realisation that debt had reached unsustainable levels. Yet today globally the ratio of total debt to GDP, even before the pandemic, was higher than 2007. The principle drivers of this have been rising public debt in the developed world and rising private debt in the emerging world, mainly China. Corporate debt in the United States has also increased as companies have sought to use financial engineering to increase reported earnings. Over time debt acts as a drag on economic growth as it has involved borrowing today to boost growth and requires slower growth going forward to repay this. Now governments worldwide are taking the necessary stops to avoid a global depression, but this involves borrowing even more heavily and is likely to require slower growth going forward to repay this. In other words there will need for increased savings to pay down debt.

Demographics are also a negative for economic growth. Slowing population growth and ageing populations in the developed world, together with some emerging countries such as China, are associated with slower trend economic growth, a consequence of both less people in the workforce and a tendency for older generations to spend less, in part because they borrow less than in their earlier years. Unless there is an offset in increase in productivity growth, of which there is currently no strong evidence in the developed world, then underlying economic growth rates will remain more subdued. One promising area for productivity growth globally was in the emerging world, so it remains important that the pandemic doesn’t hit these regions disproportionately hard. Overall, globally demographics will continue to be a drag on growth rather than a positive. Government’s fiscal positions are now further stretched and with the pressures of an ageing population and demands for better healthcare, post the pandemic the ability of governments to stimulate economies through further fiscal stimulus may well be limited.

Devices, or in other words technology, have had a dramatic effect on the cost of producing goods and providing services. Some would view disruption as a modern-day word for competition, but there is no doubt that competitive forces of change have accelerated in many industries. This has been seen through the consumption of media which has moved away from print and traditional linear TV to online and streaming, together with the hollowing out of the retail sector in favour of online. Technology has unlocked capacity by taking out middlemen. There has been dis-intermediation or disruption to many industries and whilst it is still clearly at an early stage, this seems to have been accelerated by the COVID-19 pandemic. This supply side effect will continue to impart downward pressure on prices for many years to come.

Whilst clearly compared to past pandemics, governments have supplied high levels of fiscal stimulus to global economies, the effect of this outside of the widespread adoption of MMT (Modern Monetary Theory) is likely to be limited due to debt constraints and be transitory. However government role in economies is likely to increase. Analysis of previous pandemics suggests downward pressure on interest rates results and today this is combined with secular disinflationary forces, the 3D’s. This, if it occurs, will result in a lower discount rate applied to future corporate earnings which will benefit true growth companies.

Despite the already large dispersion between growth and value in the marketplace, the acceleration of the already strong move to new economy and disruptive businesses and lack of mean reversion in the market could well result in highly rated companies trading at an even larger premium going forward. To date value investors have not seen any protection in this economic and market downturn as shares that are lowly rated are so mostly for good reason. Many of these businesses are heavily cyclical and highly leveraged so their operational gearing means returns on capital will deteriorate and some businesses solvency may well be threatened. Overall, the environment going forward remains likely to favour quality growth businesses and in an even lower growth world those few companies able to demonstrate genuine secular growth are likely to remain in favour with investors. 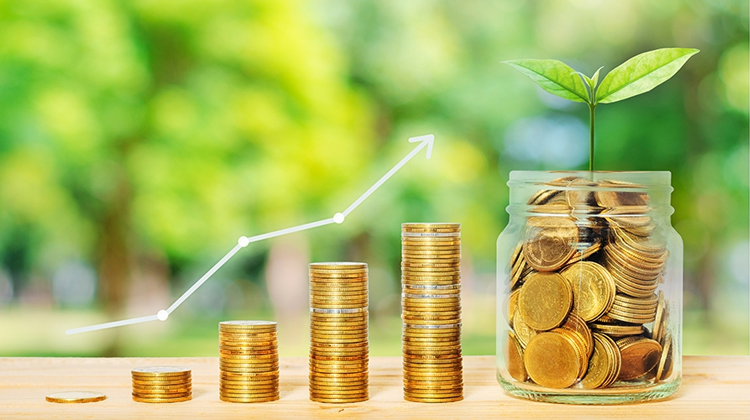 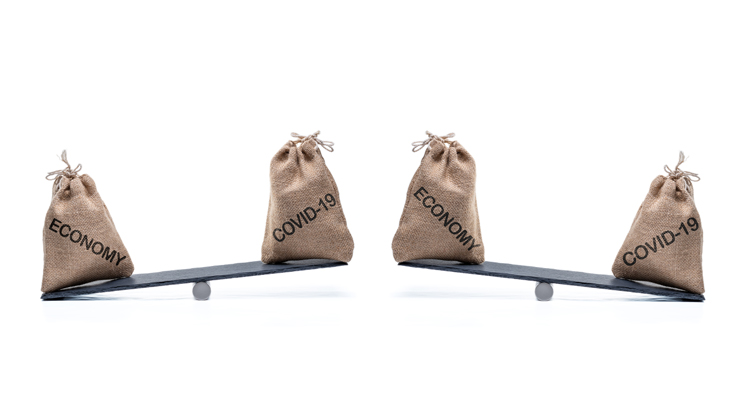 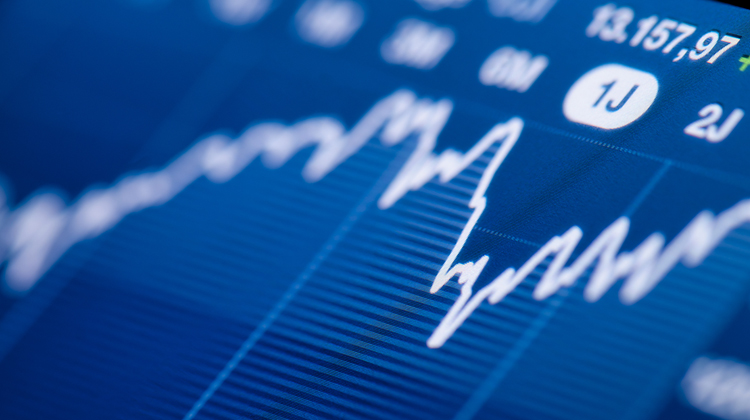 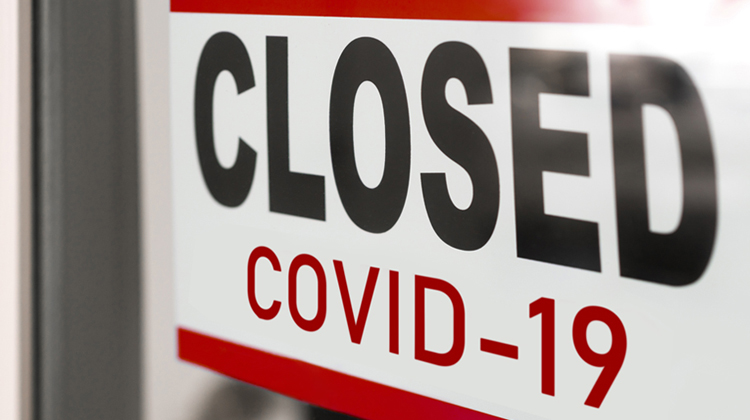